Order before 19:00
for delivery on Friday

Everything about the Apple iPhone 11 Pro Max 64GB Green

This green iPhone 11 Pro Max was presented at the beginning of September 2019 at a big event that was held by the American manufacturer. This iPhone is the biggest of the new iPhone trio, which also contains the iPhone 11 and the more affordable R version.

There are three cameras on the back, making this the first generation of iPhones that has this feature. The screen is 6.5-inch with OLED technology and a high resolution. The device runs on iOS 13, so you can use it right away!

The iPhone Pro Max 64GB Green has a 6.5-inch screen, and Apple chose an OLED display. This gives deep and rich colours, but also very good contrast. All in all, the screen of this iPhone is a pleasure to look at when you're watching your favourite show on Disney+.

You can still find a large notch on the front of the phone, the well-known notch that we also saw in several earlier iPhones. This is necessary to make room for several sensors and a front camera. This way, you can use Face ID, a secure method of face recognition.

On the front, you can find one camera. But, the novelty of this device can be found on the back. Apple has equipped this green iPhone 11 Pro Max with three cameras that have been placed in a camera bump in the upper left corner of the phone.

This new set-up offers several interesting possibilities. For example, it can capture depth even better, which can be seen in the portrait photos. This way, you can take even more beautiful photos, where the subject is sharp, but the background is a bit faded.

You can't unlock this iPhone with a fingerprint, but you can do it with a PIN code or face recognition. The latter is a lot more secure than other unlocking methods, and because Apple uses advanced technology for this form of security, it's safer than face recognition technology from many competitors.

This Apple iPhone comes with 64GB storage space, which can't be expanded with a memory card. Of course, you can still use iCloud or other online storage services. You'll still have plenty of space for many apps and photos!

This iPhone 11 Pro Max 64 Green features the A13 chip of the American manufacturer. This processor is developed by Apple themselves, and offers even better performance in terms of raw power. Additionally, the processor is optimized to manage power consumption even better!

The casing is made of a combination of metal and glass, making the device look very chic and comfortable to hold. The device can be charged quickly via a Lightning cable and a quick charger. You can also choose not to use a cable and charge the 11 Pro Max wirelessly.

This new generation of iPhones comes with a special U1 processor that can recognize other iPhones with the same chip. Because of that, it's now possible to send files to a friend by pointing your iPhone to the other iPhone! This may come in handy if you like to share photos!

Apple also develops the software of the iPhones. Because of that, the software works optimally with the hardware. The new iOS 13 works even faster and better than its predecessors. A dark mode has also been added, which is good for battery life, but is also easier on the eyes.

The Apple iPhone 11 Pro Max 64GB Green does not come with a charger. Check whether you have a compatible charger at home. Or order a charger.

With normal use, we guarantee that your phone will work properly throughout the full warranty period. If something goes wrong, Gomibo.se and Apple will make sure to help you out!

How do repairs at Apple work? 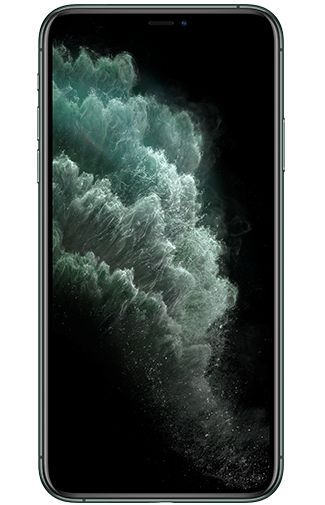